What was so hard about ending my last relationship was that my intuition knew it was time to leave before my body understood why. So I had this long period of waffling on whether the decision was right, changing my mind, reaching out to him. I think it was really painful for both of us.

Recently I feel a lot clearer about it.

And one of the things that’s really helped is running across qualities that I get to have in my next relationship.

Men with these qualities pop into my day and I’m drawn to them like a thirsty fittonia glimpsing water for the first time in years.

Oh, this too can be for me.

And it can. It feels so good. Why do I want to be with you?

Because I want to see all the things that happen when you’re around.

Life is more interesting when you’re by my side.

Here’s the thing though…

That’s how I feel about me.

It’s how you should feel about me too.

I’m the context for change, excitement, growth, and fun.

I heard the best thing ever on This American Life. Chana was interviewing a young college student about the consent class he was taking and his previous experience dating girls.

This is an example. I remember my cousin telling me, yo, you got to kiss your girl’s neck. I do it all the time. Oh, my girl loves it, and stuff like that. So then that’s kind of where you learn.

Nagib, ever the careful student, kissed necks, every one of them. Another friend told him, women like it when you’re funny. He tries to be that. But then Nagib had a girlfriend who told everybody he was a bad kisser. And someone told him, please stop kissing my neck. She thought it was gross. And he felt like, wait, do I know things, or do I not know things?

It could be anything. I don’t know. Girls vary. Not every girl will like something that you do. Every girl is different.

Everyone is different. Girls vary. People vary. What if that was the first thing you learned about sex?

What if, instead of starting at 18 years old with rape and moving backwards to teach consent, what if you just started with “people vary”? Because if you understand that, consent follows. You have to ask questions and talk about what you like and don’t like. Otherwise, you’ll never know. You may be with one of those neck people, and you may not. [x]

People vary. What a novel thought.

The story of a girl who was treated really really well by a boy. She was 20, he was 25. It lasted 2 months. A year later he married someone else.

The first night they spent together she said “I don’t really like penetrative sex.” They didn’t do it the whole summer except for when she suggested it.

She said her feet hurt one night. Every night from then on he gave her his seat when she arrived.

When she said she was sad they worked so much they never went on real dates he grabbed some goldfish and said they should go on a walk/picnic.

When his alarm went off and scared her he changed the tone of it before the next day.

One summer, one sweet man, treating her like a person taught her what it meant to say no and have it be heard. Taught her what it feels like when your chest expands to fit the size of a bigger, better heart. It means that now she can turn down personal and professional offers that aren’t good enough for her or give her a bad feeling.

Anyone can be that teacher. Anyone can raise the bar on how someone expects to be treated. All you have to do is bring your A-game.

As a good single millennial I have an Okcupid profile. And that profile is exactly as brazen as this blog is. Exactly. As. Brazen.

I am firmly of the belief that the greatest purpose of the Online part of Online Dating is the weeding-out part.

I want to put the things that are going to offend the religious and sex negative at the very top. If my existence would send them screaming, better they should run screaming from a webpage that portends to represent my existence and spare me from having to see/hear their cries, I just don’t have the time.

How this man has offended me. Let me count the ways.

You care about me? You’re just telling me this because u care about me so much? And all this care is because you’re a fellow (lowercase) jew? Because, what, knowing that fact about me suddenly makes me your little sister?

And what exactly is it you’re trying to warn me against? Is it that no man in the universe (grave, very grave) would want a serious relationship – point blank? That’s what your words are saying, but A) have you met any men? and B) if that’s what you were thinking about then why would you send your grave concern to me?

More likely what you were attempting to say (though perhaps you should quit using words, like forever) is that no guy in the universe would ever have a serious relationship with me because I am a woman who mentions sex.

Really, what you’re telling me is that you are a guy who would “bullshit” and say you are interested in something serious as a way to do what exactly? Be Runaround Sue?

You’re also telling me that you would never be with a woman who talked to you about the sex you were theoretically having with her, which tells me that you are… what is the polite way to say this? Horrible in bed, so unable-to-learn-from-your-mistakes bad that there was no reason for a woman to waste her breath giving you notes. We’ve all been there. You’re right, such a player.

Also, “I will tell u.” I will tell u? U will tell me what? You’ve lived inside your body for 37 years which gives you the authority to curb my behavior on behalf of all men? Did you run a PPP Poll? Half the planet has given you their blessing, want you to be their voice, they nominated you to nit pick at women’s behavior on the internet?

And “I’m that guy so please don’t be offended.” I burn. Don’t be offended? Are you five years old? I’m offended that your alleged player-ness makes you feel that you have the right to police my behavior.

Because it does not.

“Im the run around player and i will tell u” No. Absolutely not.

Lately I can’t seem to get this quote out of my head.

I’m not entirely sure it applies to people who live the life that I lead, traveling, touring, getting out and around the world regularly.

I think what he’s trying to say is that when you find someone you think might be the one then you should throw yourself into the toughest positions imaginable with them. See how you pull each other out and through.

If they can not only see you through, but improve, make amazing, a chapter of your life that could have been horrifying, then maybe they do deserve to get to see you through the rest of it.

After all, what other horrors could they make (nearly) fun. Illness, pain, grief. They might give perspective to existing family drama, old grudges or anxious situations.

A person capable of improving your perspective on the world is invaluable.

I think that’s what Murray is saying.

I need to decide right here and now, three weeks into my relationship with a beautiful, caring, giving man; that even though this may all end very shortly for very responsible reasons that this was all worth it.

This means something and it was successful. If this person doesn’t want what I want it isn’t my fault. If he chooses to spend his time on something else or with someone else, it’s not my fault. I’m not difficult. I’m easy to love.

If you love me.

I’ve ghosted on people before. Who hasn’t? I feel like there’s an acceptable three date window of “I don’t really know you at all, we don’t need to ‘have a breakup’ for a thing that never even existed.”

I try not to do it if we’ve been seeing each other for over a month, or more than 3 times or if you seem really interested.

But lately I’ve had a few experiences of (seemingly) mutually giddy dates followed by… radio silence. It’s karma and I deserve it.

When I choose to see it that way.

I go on a lot of first dates and there are a few things that come up a lot.

Yes, I’m a feminist blogger who has also won a jello wrestling tournament.

Yes, I frequently let guys pay for things and open doors for me.

The truth is that there’s a whole equation that runs in my head when I’m figuring out what to do with the bill.

Do you seem to really want to pay for it?

Do I want you to get what you want?

Do you clearly link paying the tab with your masculinity and will it please me to deny you that?

Have you been a waste of my time?

Do you make more money than me?

Will you be smug? I hate smug. 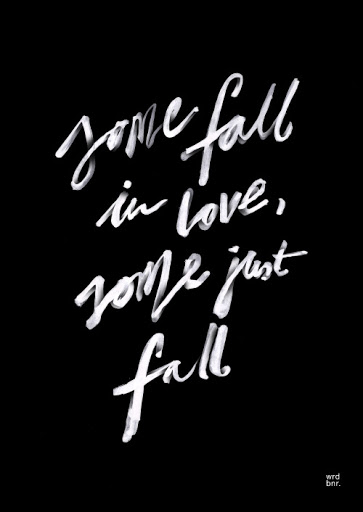 You can say “he’s a great listener” all you want while you’re together. After all, he does give great advice. And he can memorize numbers for work.

But when it’s over then it’s time to look at the whole collection, together.

Is he a good listener? Maybe.

Did he listen to you? Maybe not.

It’s ok to hold both truths at the same time.

But holding on to what could have been won’t help anyone. And you have to be on team you.

this love went bad long ago.
it’s like the half-full expired container of milk in the fridge-
i know i should throw it out, but can’t stand
to see so much of a once good thing
go to waste.