I’m trying to find something, some piece of resistance that I can do consistently without going crazy. Because feeling like I’m accomplishing something makes me feel good, but feeling like I’m clawing my way uphill certainly does not.

I donate monthly to the organizations listed here. That helped when I signed up for them. And it helps me sleep on days where I feel like I contributed nothing to society. I was sick and drank tea all day, I didn’t go to any meetings, call any senators or even go exercise.

I bought a stack of postcards to send to my congressmen. It actually made me feel better. I ignored the scripts I found online and spoke from the heart, using my best guilting-jewish-grandmother tone.

Senator, I was really disappointed to hear that you voted yes on that bill. I hope that you can be more representative of your constituents in the future so that I can be proud to vote for you next time around.

Affixing a superwoman stamp to each one.

But reading the updates, what’s coming up for a vote, what’s on the chopping block, what I should be reacting to and writing about, it’s more than I can do once a week. And the phone calls, I’m not sure I can do the phone calls.

I’m not feeling so well lately, emotionally, when I look at the world outside myself.

My initial reaction in November was automatic self-care. I cried in public when I needed it, I shrunk from situations that felt daunting. Since then I’ve taken to reading articles and beautiful words about it.

But now it feels like it’s time to brush ourselves off and get back up.

See you there friends!

The problem isn’t that a crazy, entitled, abusive shit bag is running for president.

I mean, that’s a true statement. He is.

But I’m sure other shitty people have run for office before.

Surely at least one of them abused someone down the line. Life is long and just because a job is respected doesn’t mean that the people who take it are perfect. They cheat on their spouses, they sneak cigarettes, they own slaves. They’re humans and impacted by their time and place and society just like the rest of us.

The problem (but also maybe the opportunity) in the fact that a crazy, entitled, abusive shit bag is running for president is that we get to see people do the mental aerobics of re-defining sexual assault to suit their needs.

RUSH LIMBAUGH: You know what the magic word, the only thing that matters in American sexual mores today is? One thing. You can do anything, the left will promote and understand and tolerate anything, as long as there is one element. Do you know what it is? Consent. If there is consent on both or all three or all four, however many are involved in the sex act, it’s perfectly fine. Whatever it is. But if the left ever senses and smells that there’s no consent in part of the equation then here come the rape police. But consent is the magic key to the left.

I loathe Donald Trump but I’m not really worried he’s going to grab me by the genitals. This is due largely to proximity, and the fact that I’ve never had a problem with the fact that a penis can suffer a lot of pain without irreparable damage.

TWS: But beyond the language, would you characterize the behavior described in that as sexual assault if that behavior actually took place?

JEFF SESSIONS: I don’t characterize that as sexual assault. I think that’s a stretch.

What does scare me is that a significant portion of the population agrees with him.

I’m not worried that DJ Trump himself is going to grope me on the train. I’m worried that he’s broadcasting the inner monologue of someone I’m on a date with, or getting a ride from, or working an overnight with.

[Donald Trump Jr.] went on to say that if women feel harassed by the comments men want to make, they should just leave their jobs. “I’m of the mindset, and I’ll get in trouble… If you can’t handle some of the basic stuff that’s become a problem in the workforce today, you don’t belong in the workforce,” he said. “You should go maybe teach Kindergarten. I think it’s a respectable position. You can’t be negotiating billion-dollar deals if you can’t handle, like you know.” He didn’t elaborate on what he meant by “like you know.”

Someone who now feels additionally justified in their sense of entitlement to my body.

And that’s a valid fear.

It’s something that could actually kill me. Unlike moths. 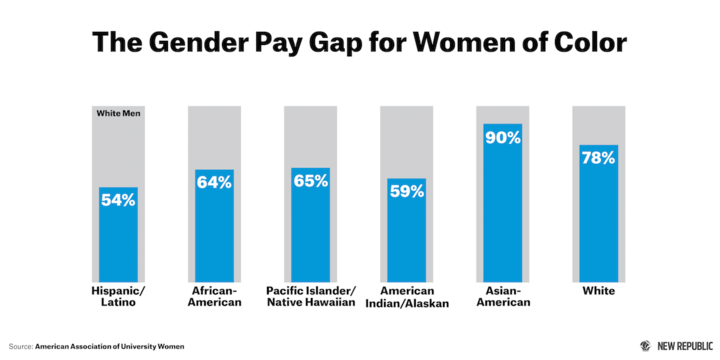 This weekend I had a surprise visit from one of my most beloved long distance friendships.

And while we were brunching he said one of my favorite things.

One of the things I hate about being a black man writing about race is knowing that somewhere out there is some white dude who is going to take my opinion (as of this moment, knowing only what I know and feel as of today) and use it as gospel with which to abuse some other black person who happens to have a different opinion from me.

And if he doesn’t exist yet then just by writing it I’ll have popped him into existence.

But you get the gist.

By being a part of this group I get to have an opinion based on my experiences. But that doesn’t mean that you get to take that opinion and run with it, ‘splaining it to everyone who might disagree with me. And worst, using it to abuse them and call them wrong, invalidate their experiences. You get to think a little deeper about the topic. You get to fold it into yourself and make more considerate decisions.

He meta’s even my metas.

Raise a glass to freedom.

I just read this article about Donald Trump treating Megyn Kelly like shit at the debate and I’m fuming. Unfortunately I have absolutely nothing to add to the article, it’s perfect just the way it is.

I know nothing about Megyn Kelly, I heard her name for the first time after the debate had already aired. But are we really surprised that Trump decided he had an issue with the one woman in the room that was, god forbid, questioning him? Did no one else see that coming when they turned on the TV?

The article breaks down Trump’s answer into 5 main components, each designed to dismiss the true nature of the question.

Step 3: Insist that this complaint is too minor to bother with when there are more important things to worry about

This is a perfect recipe for dismissing valid claims and it works perfectly all across the country every day.

All I can say is be vigilant. Now that you know how the opposition plays you can have a more secure defense.

Yesterday I watched a biography of Susan Sontag. I’m a bit embarrassed to say I haven’t read (or watched) any of her work before and her name kept coming up in articles, musicals, I was ready to see what the fuss was about and HboGo had a documentary.

I’m glad I watched it in general, she was certainly a fascinating woman.

But to me, the most important moment in the movie wasn’t about feminism or sexuality, it was about being a Jew.

I get asked a lot what it means to me to be Jewish and I never have a good answer. Well, now I know what my answer is.

Interviewer: Being Jewish—does it matter to you?

Sontag: It matters in the sense that I would always stand up and be counted any time that it mattered for other people. I’m Jewish because other people say I am and because that’s what I am sociologically or historically. I come from a family which generations ago belonged to a religious culture. [x]

And that’s what makes Anti-semetic attacks scary, they’re on just that kind of Jew, which is to say all of them.

To be a Jew you don’t have to believe in G-d, only in being Jewish.

I love this trend of political statement ‘makeup tutorials.’

Megan MacKay has a few really good ones like this one about cultural appropriator extraordinaire Urban Outfitters.

This one about the slut shaming Hobby Lobby decision.

I want to be her friend.

Michelle Fan has also been doing great ones for a while, like this one about religious insanitist Michele Bachmann.

And this one about abuse ignoring Joe Paterno.

And of course, one of my favorites, Anna Akana’s ‘daily’ routine.

When I woke up this morning this was blasted across all of social media.

It’s a great speech, you should give it a listen.

However, she is very popular, among men and women.

And if every guy who has ever jerked it with her in mind watched this video, then that would be a lot of views.

People talk about the power that beautiful women hold over men. I should hope so, and I hope we get to see it here.

Update: Instead of men responding positively to a woman they claim to have positive feelings towards asking for their help and participation, they threaten to sexually violate her.

Alright, woman against feminism, lets take a look at your argument here.

First off, I’m going to do you a favor and excuse your grammar, because that would be a low blow. Maybe you are multiple people. Maybe you have a split personality disorder. I don’t know your life, I don’t know your choices. You (plural) love to cook for your men (plural) in your singular house. That sounds like a lot of dishes to me but hey, it’s your ruined manicure, not mine.

You believe that you don’t need feminism because you’d rather be a homemaker. Ok, I see your logic.

The current status quo is more than happy to let you continue languishing at the stove and sink, barefoot and pregnant in the kitchen.

But I must ask, do you have any interest in voting? It’s great that you’ve found something you like to do (cooking and cleaning for all your men) but what if one day you get fired from that job and have to find a new one. Or perhaps there isn’t enough money coming in and you are forced to find employment outside your home. Perhaps you’d like, say, the ability to be hired at a job you’d enjoy only slightly less. Perhaps feminism could help you out there by ensuring you’re not unfairly discriminated against, so you can land a job. Or by ensuring that you’ll be paid as much as your male counterparts. Or simply by elevating the social status of your housekeeping (yes, that is a part of feminism) so that when you do have to get this hypothetical job the potential employer sees your past at home as valuable.

So really your placard should read “I need feminism because my society sees me as a second class citizen for making life choices based on my desires while having a vagina.”

Point number two: Enjoying cooking and cleaning makes you more of a #TrueWomen than me? You consider yourself a woman and I consider myself a woman. That’s all it takes to be a woman. I do not see your leap in logic there.