I’m straight like it’s a kink.
Like a sex doll
Kiera knightley up on a high schoolers wall.

Loving them the way I do.
Like Tom of Finland
Leather and chest hair
Performance and peacocking.

I see those great big feet
That biggest toe like an onion
with a sprinkle of hair on it.

And something in me becomes fully engorged.
And I know just what I love.

The english language has many failings. Many words that should exist but don’t. 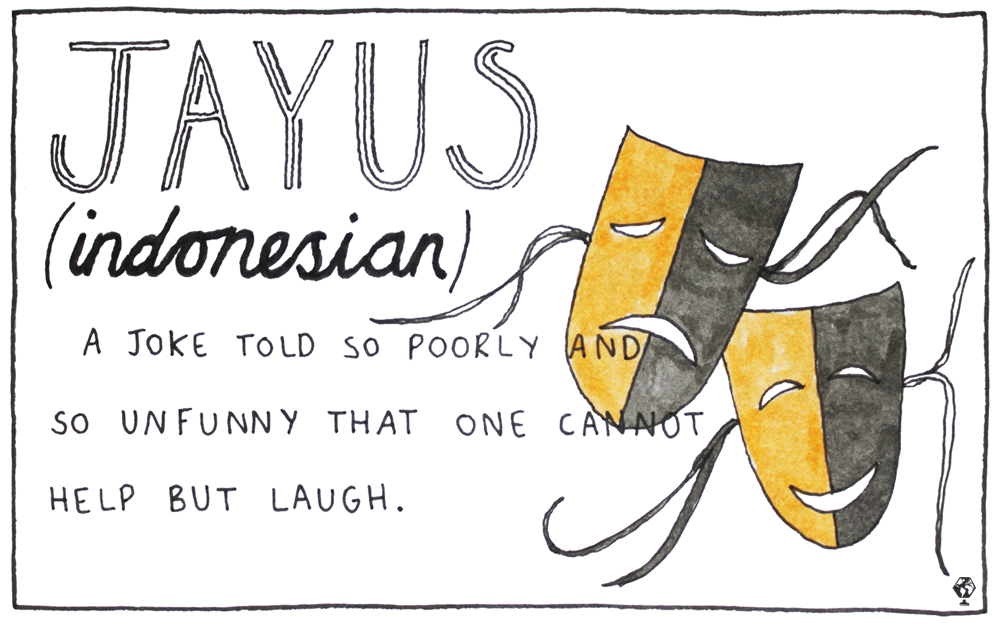 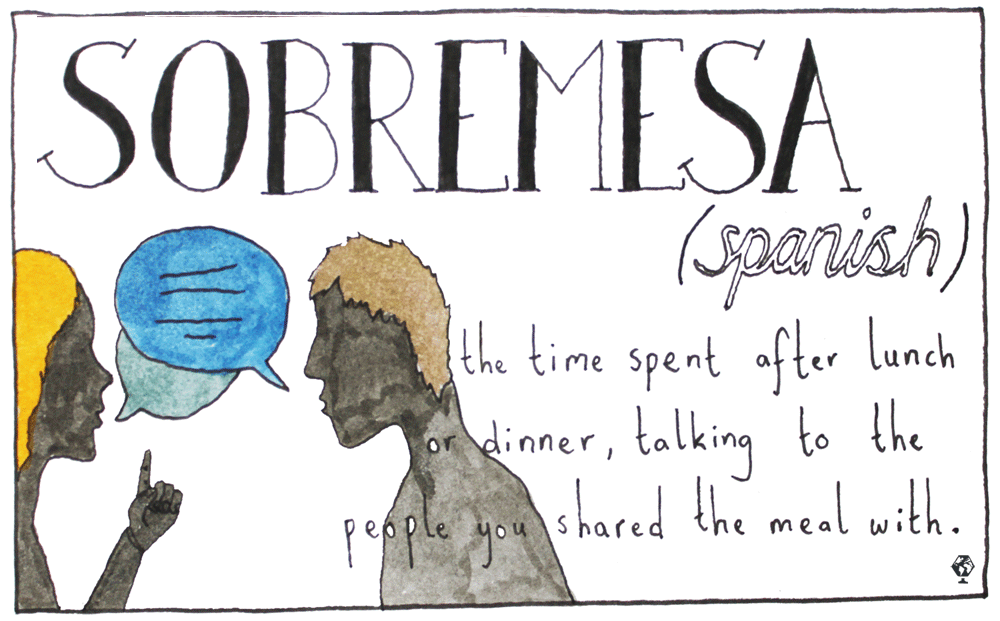 Words that have dueling meanings. It’s a mess.

And the word “Sexy” is one of those failures.

The word sexy should be split into two words. There should be one word for the sexiness that happens between my eyeballs and my brain when I watch Kahl Drogo screw in a lightbulb even though he is not thinking about sex. It should be the same word that guys yell on the street when I’m walking home and thinking about whether of not I have brussels sprouts in the fridge. It should be some sort of shortened version of “You Conjure Sexiness In My Mind!”

It should be a different word from the other sexy. The sexy I feel for the first 3 minutes of any time I wear heels. The way I feel when I go to sleep in a cashmere sweater and nothing else. The way Beyonce feels between her body and her brain when she’s dancing in her music videos.

There’s you thinking he’s sexy because he’s changing this tire and he’s really annoyed and all but his arms look damn good covered in grease. And there’s him feeling sexy because he’s watching the candlelight dance across the ceiling.

Objectification is only fun when the second feeling is also present.

Sometimes we think that the second feeling, the inside sexy is also present in our partner when it isn’t yet. And that’s why we have mouths to ask. How does this make you feel? What do you want to do? Are your toes cold? Are you comfortable? 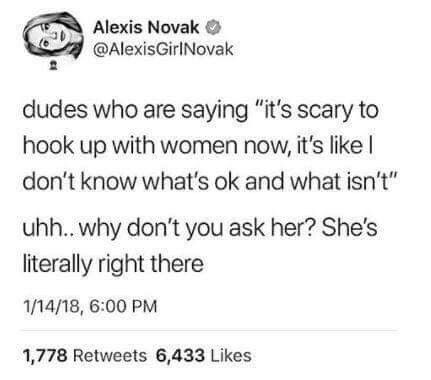 From the podcast On Being.

MS. SANDBERG: I mean, Adam looked at me and said, “You should think about how things could be worse.” And I thought to myself, “Dave just died suddenly. How can things be worse?” And he said, “He could’ve had that cardiac arrhythmia driving your children.” I mean, in that instant, to this day, when I say that, I feel better. I’m like, OK my kids are alive. I’m fine. Literally. Because think about the devastation I felt with Dave, and the devastation of losing all three of them in one instant, which happens. And all of a sudden, you’re better.

Since listening to that episode in April I’ve employed that tactic whenever vexed.

You’re dumping me? Breaking my heart? At least I’m not throwing up, that would make this day worse.

What good fortune that on this horrible day my family is in good health.

And on and on until you actually do feel better.

Perspective and gratitude can fix whatever ails you.

“Nobody ever explains this to guys!”

Half of emotional intelligence is learned behavior. Raise boys and girls the same and you’ll have a whole generation of people who can communicate more honestly.

I’ve been waxing my legs lately.

I’m finding that the part when my legs are hairless isn’t even my favorite part. My favorite part is that I finally feel comfortable wearing a dress with hairy legs.

And that feels great enough every day to make up for 30 minutes once every few weeks.

I simultaneously love and hate viewing women’s place in society through this lens. I think that the overarching point that Ezra is avoiding making (or perhaps doesn’t think of making) is that this problem: the skills we train women in, like listening, can be incredibly effective in all sectors but are undervalued in industries that are male dominated by choice or by history.

Men can learn to appreciate those qualities, exercise them, and value the leadership skills of women.

Also, women can see the weaknesses in leaning too heavily on those skills and learn to back them up with qualities we more value more in men; oration, clarity and the funneling of ideas.

There were a lot of moments in this video where I felt kinship with her. Either for myself or for women I know.

I hope she wins. I’ll be doing my part to make it happen. I look forward to seeing the changes, the progress, and also what all of us can learn from what happens in that time.

And I was immediately struck with a conundrum. I wanted to point to it, “This is the face you want on the white house? This is how you define Republican, family first values?”

Followed immediately by Dan Savage’s voice in my head about Anthony Weiner. Most young people today are taking pictures of themselves, the technology is just too accessible. Most people try pot. If you want to have leaders who aren’t amish then you need to be ok with the fact that they’re human and have pasts.

And then I hated myself for slut shaming her.

And then I decided that if throwing this in the face of the right wing sways one vote then posting it will have been worth it.

So I did. I put it on Facebook. And immediately felt guilty. Within a few hours I took it down.

I don’t want to use slut shaming just because it actually works in my favor this time around. But that doesn’t mean that I’m not human enough to have thought about it. A lot.

I am so sick of conversations about how men should be “Gentlemen.” Wouldn’t it be better if all people were just good citizens?

For example, if you’re on a bus and there is a lot of luggage to take off, wouldn’t it be better for everyone if we defaulted to letting the people who get off the bus first take off their own bags and the ones near to them rather than wanting the few men there are to take off all the bags? Maybe the men are not going to be off the bus quickly because they were asleep or in the back or sitting in window seats.

I promise that you can carry your own bag, young lady. You’ll feel so good afterwards. Your muscles may ache a bit but I promise it’ll pass.

And in the same way that a guy putting gel in his hair won’t make him less of a man, you carrying your own bag won’t make you any less of a woman.

If we say that everyone should pitch in according to their ability then everyone gets more out of it.

And I refuse to believe that the men are not the only people with ability.

So I met this lovely guy and upon our first meeting things got physical.

Afterwards, we talked for a while, realized, who knows, this could be a real thing, lets exchange numbers and hang out sometime.

And for a week he pestered me to come over.

Why don’t we go out, get tea or something?

Or I could come over. Late.

And I kinda lost it.

I told a friend the whole story.

He has already had the greatest dessert in the world

To which my response was:

THANK YOU
With a teeny tiny side dish of “WHY MUST MY PERSONALITY BE THE BROCCOLI AND MY VAGINA BE THE ICE CREAM?!”

I’m pretty sure my friend thought I was mad at him. I’m not mad at him, I’m mad that I made the same analogy in my head.

I think that every dating person (maybe just every person) has a thing that their lizard brain is afraid of, your body is the only part of you anyone has ever loved all the way up to you’re too ugly/fat/short/tall to be deserving of love. A thing that lurks there in the back of your mind leeching that feeling into your body and waiting for words to put to it. And as soon as you feed it such a phrase it grows to 5 times it’s size and takes up residence in your inner ear, flooding your brain with it’s particular brand of sweet sweet nothings.

My personality isn’t broccoli, my vagina isn’t ice cream. All of me is caramelized onions, delicious in every way.

But when I scream that at the lizard she doesn’t cower, I need a sentence that can put the lizard back in her cage. I’ll never be rid of her but I can learn to be louder than her.

The lizard is your friend, but a little scary, too. She lurks deep within, operating on millennia of aggregated evolutionary knowledge, so she remembers a lot. Like how for thousands of generations, women required strong relationships with strong men in order to simply survive. How, without someone to protect them, our foremothers were vulnerable in every way. How dearly so many of them suffered for it.

So when a liberated modern gal such as yourself contemplates leaving a romantic relationship, even a middling-to-shitty one, the lizard feels she is honor-bound to make you stop, to get right up in your face and scream stuff like you’ll never do better and you’re not getting any younger and you’re lucky to have anyone at all and any man is better than no man and THESE ARE FACTS DAMMIT!

Now, given what she’s seen, her reaction is completely understandable. But it screws up your life, too! Because she ensures that even here in the future that is now, and even when you know you’d be far better off on your own, it still feels like the act of breaking up might actually kill you.

… it slithers up from the the dankest sub-basement of consciousnes and demands our attention whether we like it or not. And if we want to be able to operate rationally in this realm, to have enough faith to let go of bad stuff so we can find better stuff, we have to learn how to handle it.

Thankfully, this can be done! How? You just never let the lizard be in charge. She is trying to protect you in her loving creepy way, so hear her out and be sweet to her and maybe give her some nice bugs to eat. But don’t forget that she is willing to make tradeoffs that you are not. Really awful tradeoffs. For her, any man really is better than no man, and that is bananas!! So listen to the lizard but decide what to do with the rest of your brain. Never ever let her  take control. [x]